Our stats show that the news of our sustainable islands conference in Brussels have now passed 1,000 views on our blog and even more on our FaceBook site (which mirrors what is published on the blog).

We have typically 1,000 visitors a month to our site and have already passed that for October. Most frequent visitors are from UK, Greece, Belgium (=Bussels), Ireland, Denmark, Sweden and France. 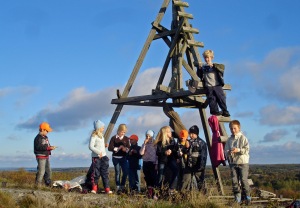 Islands as beacons of low carbon and sustainable living

“The Small Islands of Europe are extremely precious as potential beacons of sustainability and low carbon living” was the message delivered at the conference organised at the European Economic and Social Committee (EESC) in Brussels as part of the 16th AGM of the European Small Islands Federation (ESIN), the organisation that federates 11 small islands federations throughout Europe.

“The ESIN conference and AGM in Brussels on Tuesday 27th and Wednesday 28th September were a resounding success” said Máirtin Ó’ Méallóid from Cape Clear island, vice-chairman of Cómdhail Óileán na hÉireann, the Irish Islands Federation, “we are delighted that the European Small Islands were welcomed so warmly at the heart of Europe.”

The valuable work done by ESIN, notably regarding renewable energy issues, and promoting the use of sustainability indicators to describe the small island situation was noted by the European Commission.  It also garnered the strong support of Mr George Dassis, President of the EESC, who sponsored the conference, and Pierre-Jean Coulon, President of the EESC’s TEN section who championed the EESC Smart Islands study.

It is in the islands’ nature to be smart as they have to constantly re-invent new solutions for their issues, notably those resulting from their popularity as tourist destinations. The home of 359,000 all-year islanders, the European Small Islands also have 3 million summer residents and 30 million yearly visitors:  they are the objects of a somewhat brutal love which may bring them money but also uses vast amounts of energy and water and leaves huge amount of waste to be dealt with, not to mention the marine waste which ends up on their shores.

Initiatives at opposite ends of Europe such as storage of energy from wind and sun in the small Dodecanese island of Tilos (800 inhabitants), which already boasts unique protection for wild birds (it has 10% of the world population of Eleanora falcons), the well-established Green Grid on the isle of Eigg, an island in the Scottish Inner Hebrides (100 inhabitants) and the brand new tidal turbine providing electricity to the 3 unconnected islands of Ouessant, Sein and Molene in Brittany’s Iles du Ponant, (900, 170  and 216 inhabitants respectively), show what can be done through European programmes such as Horizon 2020 and the European Structural Fund as well as with collaboration with a forward thinking electricity company.

The total number of inhabited islands in Europe, big or small, bridged or un-bridged, in seas, rivers and lakes, which are states, regions, municipalities or local communities is 2,418 with a resident population of almost 14 million people.

Among these, 1,640 are small islands in the 11 nations that are members of ESIN: the Aland Islands, Croatia, Denmark, Estonia, Finland, France, Greece, Ireland, Italy, Scotland and Sweden.  Founded 16 years ago, the aim of ESIN is to present issues of common interest for its members to the European institutions, and to exchange knowledge and experiences between its members.

“Islands are ‘buttons of the European Coat’ and as such, they are one of the EU’s  great assets. It is important that their reality is adequately captured, because it is not the case at present” said Christian Pleijel from Kökar island, Åland, who has presented his pioneering work on the concept of ‘Atlas of the Small Islands of Europe’ at the conference.  Mr Pleijel is ESIN’s newly appointed general secretary, working closely with the ESIN board to implement a library of island good practices, zero waste strategies and island product labelling among other projects as part of the federation’s smart objectives. He is also the editor of ESIN’s website.

New Chair from the Scottish Islands

French born Scottish resident of 35 years on the isle of Eigg, historian and social entrepreneur Camille Dressler is new chair of ESIN. Being also the chair of the Scottish Islands Federation, she says: “The Scottish Islands Federation has been involved with ESIN from its very beginning and took an active part in the very valuable 3 years exchange of experiences financed by the INTERREG 3 C programme. Along with all the ESIN members, we are extremely encouraged by the support we have now received from European institutions such as the EESC and the interest shown by the European Commission. It sends a very strong signal to everyone that that the EU has a strong interest in supporting grass-root organisations and help European citizens exchange examples of best practice. I am delighted that the work which the Scottish Islands Federation has put into ESIN has been recognised by my appointment and I will ensure that the Scottish Islands can continue to share their valuable experiences with our friends and colleagues throughout Europe. ESIN will also work closely with the CPMR’s Island Commission to help tackle the effect of climate change on our islands and we are also very excited by some of the ideas mooted at the conference such as a possible Erasmus plus for our small islands’ youth and the setting up of a ZeroWaste Island strand within ZeroWaste Europe.”

Mrs Dressler takes over from Bengt Almqvist, resident of the small island of Sankt Anna in Sweden, founder of ESIN, who has been championing ESIN issues from its inception in 2001. The board as a whole and its national members all expressed their gratitude to Mr Almkvist for his devoted contributions to the small islands of Europe

Making the most of our opportunities in the EU

As to Scotland’s position in the EU, Mr Gary Robinson, member of the EU Committee of the Regions and political leader of the Shetland Islands Council, who also attended the conference as panel member on the discussion about the need for new island indicators, was unequivocal: “Scotland is in Europe until such time as someone tells us we areu8788 not. For that reason, we’ve got to make the most of our opportunities.”

Just such an opportunity for close collaboration between all ESIN members is the ESIN INTERREG Europe proposal – Developing Island Entrepreneurship – which one of the two ESIN vice-chairs, Eleftherios Kechagioglou from Hydra in Greece, will be taking forward with the Hellenic Small islands Federation (HSIN) as lead partner. “We want to help those who want to help themselves,” said Mr Kechagioglou, “and especially our young islanders. We need to help them find ways to stay on the islands and contribute meaningfully to island life. All our islands in Europe have a huge natural, cultural and renewable energy potential that we must learn to utilize to the best advantage in the digital age.” 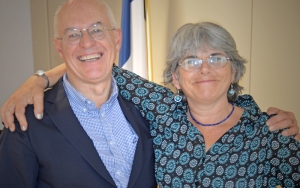 Here is this pressrelease as a Word document in English, Estonian, Greek and Italian (the latter ones are google-translated, please excuse our bad language):