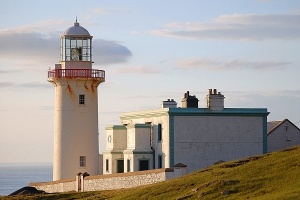 Arranmore is Ireland’s second largest island, covering 22 sq km with a resident population of just over 500 people and about 1,500 summer residents.

Arranmore was part of the ESIN cluster in the SMILEGOV project through its Energy Committee, made an Energy Plan for 2012-2032 and applied for funding to save energy. Now, the Irish Minister for Communications, Climate Action and Environment announces that “Arranmore Island Energy Committee has been included as part of 38 community energy projects who are to receive €20m in grant funding through the Better Energy Communities scheme operated by the Sustainable Energy Authority of Ireland.”

The total cost of the project on Arranmore is estimated at €656,962, with a grant on offer of €411,552, to retrofit 47 island dwellings and the community hall on Arranmore, in addition to the upgrade of eight non-residential buildings on the mainland, including four community buildings, a national school and three private service stations.

The private organisations are helping to fund the community projects by donating a percentage of their grant to reduce the cost to communities. The local credit union is providing low cost loans to support the residential elements. Some renewable energy technologies are included in addition to standard retrofits measures.

Today, ESIN received this message by email from Séamus Bonner at the Arranmore Energy Committee:

I am writing with a quick update on the application we were working on for the island earlier in the year.  We got some good news in June that the application was successful.  Work is continuing at the moment and will hopefully be finished at the end of the month.

The project is to receive €411,000 for a project value of over €650,000.  Thank you to yourself and ESIN for your support through the application process. 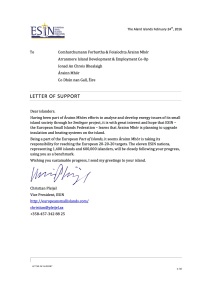