This is bottom-up politics, quite the opposite of big-scale European decision making processes we have been accustomed to since the forming of the European Union. A Rural Parliament is used to discuss and debate, to influence policy and practice. There is a rapidly growing number of local initiatives in both towns and countryside and there is need to strengthen the vitality and networks of rural areas throughout Europe. European Rural Parliament websites: www.europeanruralparliament.com and www.erp2017.eu. 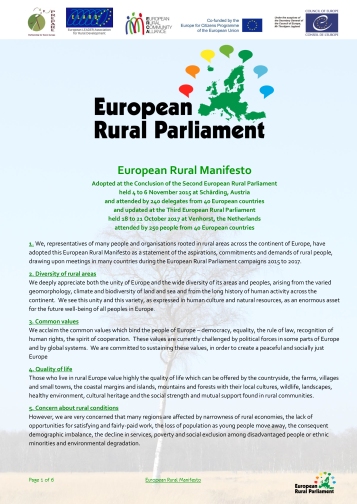 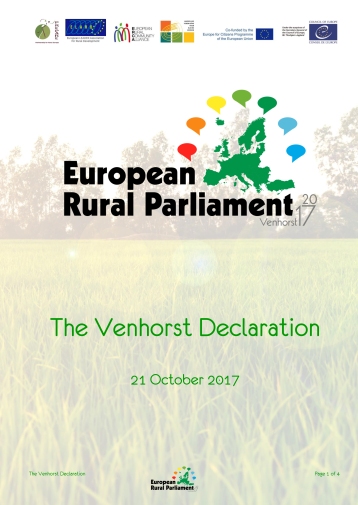 This Rural Parliament issued the Venhorst Declaration, calling for a new unified basis for funding of local development. This would bring together a significant slice of the four European Funds – Rural, Regional, Social and Maritime – into a fund for Community Led Local Development, managed in a unified way at European and national levels. These combined funds should then be deployed on a decentralised basis through LEADER groups and other local partnerships. This will generate the energy of local people and organisations working together, and encourage action suited to the very varied needs of each place.

The Declaration also focuses on other key current issues in rural Europe. Participants at Venhorst applauded the successful holding of the first European Rural Youth Parliament in August 2017 and urged public authorities to ensure that young people can take part in funded programmes.

ESIN took part in the 1st European Rural Parliament in Brussels 4 years ago. This year, we were represented by our Chair Camille Dressler.  For the next Parliament in 2 years time, we must make sure the islands have a strong presence, with for example as many islands as possible represented in the “market of initiatives” session. One way to ensure this happens would be to have ESIN involved as a partner organisation. 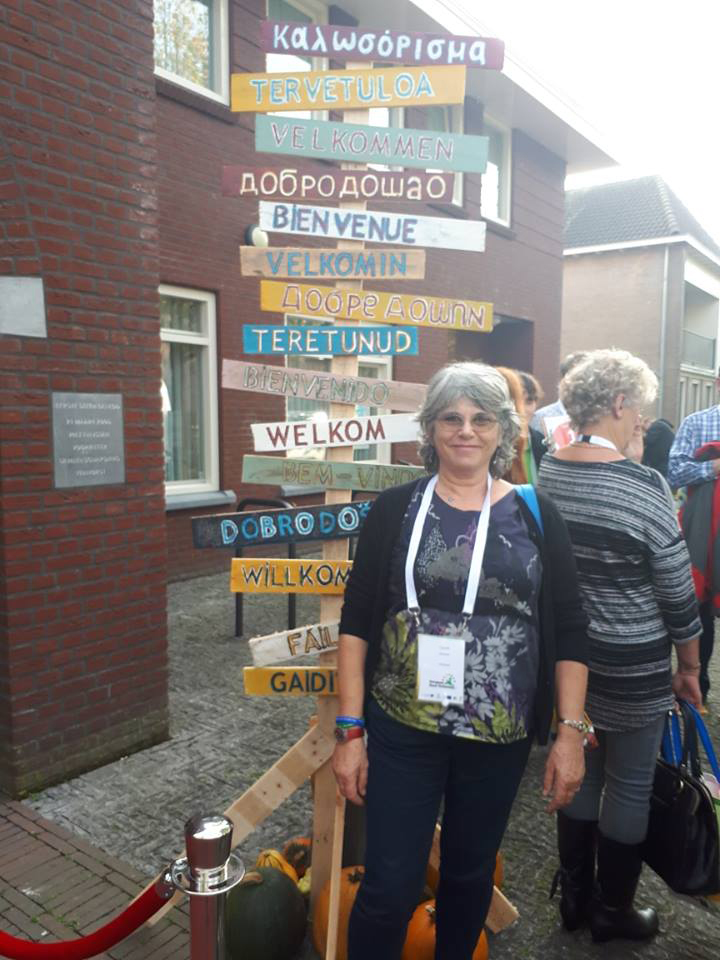