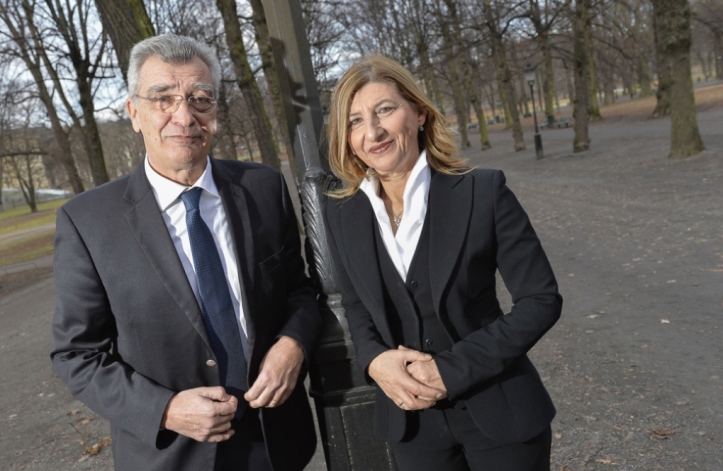 Both are in Stockholm to receive the prize, hailed for their inspiring leadership, for having saved thousands of refugees and for showing it is more important to protect people than the protect borders.

Nicolini and Galinos tells of the often overcrowded inflatables with terrified, frozen passengers who started coming to their islands. In Lampedusa it culminated in connection with the Arab Spring, in 2011 when over 25,000 people arrived in two months. In Lesbos, the first boats came in winter 2014-2015.

The lack of timely support from their own governments and the EU forced the two mayors to organise care for thousands of refugees – and at the same time calm their local communities. Spyridon Galinos did not sleep many hours a night during the first ten months of 2015, when approximately 400,000 fugitives came ashore on Lesbos. slept.

– We had to stay calm. I spoke a lot with my islanders about wars and conflicts leading to situations which are not the refugees’ fault, says Galinos. Much of what we saw was shocking: mothers with small children and people cried and kissed the ground. But knowing that we saved lives gave us power.

The situation is different today. EU agreement with Turkey has resulted in fewer boats coming to Lesbos. 5500 migrants on the island is manageable and Galinos is proud of the accommodation which local forces operate. Nicolini has gone a round with her own government to get the neighboring islands of Lampedusa and Linosa recognized as the first reception centers, where no refugees should stay longer than a week.  Both warn that the number of unaccompanied children is high.

Both are critical of the restrictive refugee policies in the EU and the “moral dark time” that prevails. At present they rely on working locally and through a network of European mayors who seems to have their hearts in the right place.