In FÖSS – The National Association of Finnish Islands – we believe that children who get fascinated by sea life learn to care about it. Both of  our latest Leader projects “Expedition Archipelago Sea,” the “Ö-kiva” children camps, and the Kid’s Lab at the Archipelago Centre Korpoström are examples of new ways of waking children’s curiosity for life in the archipelago – both above and below the water line.

The Island Expedition with the Pike & his friends is an adventure route around the Archipelago Sea. On the expedition, they learn about the nature and culture on the islands, perform fun and educational challenges and collect stamps in your researcher passport. (The idea for the passport is taken from The Association of Danish Small Islands!). On each of the 15 islands along the route, there is a sign with information and assignments for children and others with a taste for adventure. By visiting several islands and performing more tasks, children get more stamps in their passports and reach a “higher level of education” from assistants to professors. The passports are found in the guest harbours and at the tourist information offices around the archipelago, and printable passports can be found on the website http://expedition.foss.fi/en/.

In the Kid’s Lab at the Archipelago Centre Korpoström, participants find their inner scientist and explore marine life in the Archipelago Sea. The Kid´s Lab was started three years ago during FÖSS Leader project “Our Archipelago Sea.” Here you can explore the sea in a fun way and with real research equipment. Just like the rest of the activities in the Centre, the lab combines art and science: for example, you can build your own ecosystem. This summer, bilingualism has also been raised in the Kid´s Lab. For many children, the visit becomes one of the first contacts to the country’s other language (Finnish – Swedish). During the season, educational material that develops both the pedagogy and the children’s linguistic learning has been produced.

The archipelago is a common denominator for both Finnish and Swedish-speaking children along the coast of Finland. Unfortunately, the language groups often have very little contact with each other. Between 2016 and 2018, FÖSS has organized seven “Ö-kiva” (approximately “Fun on the island” in English) camps for children, so that children from the Swedish and Finnish-speaking archipelago could meet and learn about the archipelago and each other’s culture and language. Both languages have been used during the camps, which have been very popular. We hope we will have the economic ability to continue these camps in the coming years!

Pia Prost is editor of the periodical Skärgård (Archipelago in English) and Acting Coordinator for the Archipelago Sea Biosphere Reserve. Board member of the National Association of Finnish Islands as well as ESIN. 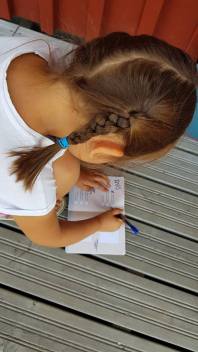 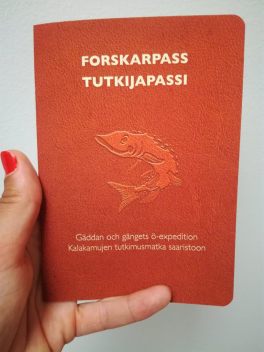