Will Italy kick out Pantelleria? 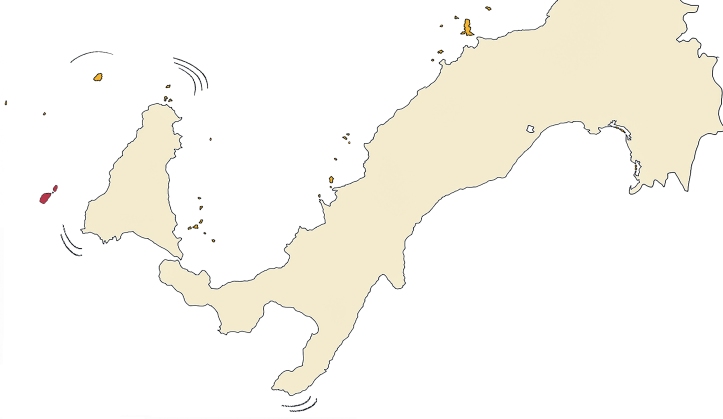 Pantelleria is an Italian island situated just 60km from the Tunisian coast and covering a land area of 83 square kilometres. The volcanic island’s natural environment resembles that of Malta but with a population of just over 7,000, it is a much less crowded place.

This has led professor Godfrey Baldacchino to suggest Malta buy the island from Italy to expand its territory.

“Is it time to start thinking seriously about offering to buy Pantelleria from the Republic of Italy. The sister Mediterranean island would absorb the spillover of our economy, which would provide work to the 7,000 or so residents of Pantelleria, while serving as a home to the burgeoning local population in Malta,” Baldacchino says to Malta Today.

He said it was natural for small islands like Malta to reach out and attract resources from elsewhere to support the islanders’ standard of living.

“Immigrants can also contribute to this. If these are economic migrants, then they will stay short-term or as long as the economy is chugging happily along; if so, they may have little interest in ‘integrating’ with the local community,” he said.

Increasing population size by importing foreign labour exerts more pressure on the country’s infrastructure, which Baldacchino believes still leaves much to be desired. Within this context, expanding the island’s territory will help ease the pressure.

Pantelleria, which is administered by the Sicilian province of Trapani, has a common history with Malta, having been ruled by the Romans, Arabs, Normans and Aragonese. The prevalent language until the late 18th centrury was a Siculo-Arab dialect similar to Maltese before it was superseded by Sicilian. Much like in Malta, Pantelleria’s semitic roots are evident in the various place names across the island. The island also has an airport.

Baldacchino said Malta’s annexation of Pantelleria would help resurrect an old relationship between the two islands. “It will also avoid all talk about major land reclamation efforts here which are bound to have grave environmental consequences,” he quipped.

The risk is that Malta’s unbridled development will infect Pantelleria and spoil the untouched natural beauty of an island referred to in touristic brochures as the Mediterranean’s black pearl.

But apart from this, how keen Pantelleria’s residents will be to start calling themselves Maltese is another matter altogether.

It reminds us when Germany and Britain exchanged Helgoland for Zanzibar (“a trouser button for an entire suit”). In 2010, German MP’s Marco Wanderwitz and Frank Schaeffler wanted to buy Corfu (and the Acropolis) to pay off its huge national debt.

What about if France bought Jersey, Guernsey, Sark and Alderney? Shouldn’t Swedish island Ven go back to Denmark? And what about Lemnos, Samothraki, Lesbos, Chios, Samos, Ikaria and all the Dodecanese islands?

The brain is a muscle which needs to be strechted sometimes. Thank you for that, professor Baldacchino.