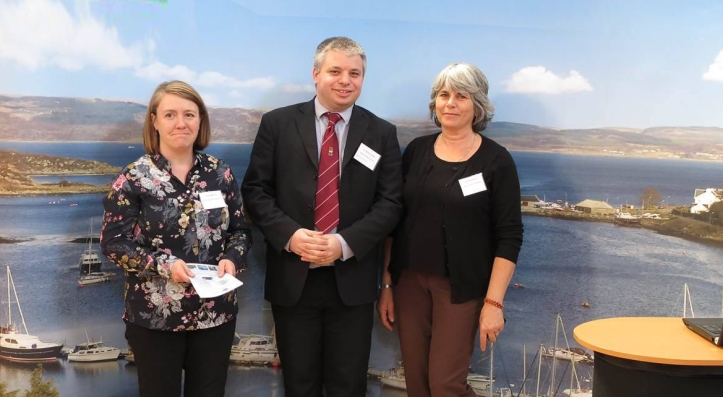 Chair Camille Dressler represented ESIN at the Smart Islands Initiative launch in Brussels yesterday, saying: “We are proud to have been signing the Smart Islands Declaration: islanders will now be truly empowered to be lead the energy revolution: Thank you DG energy for your support, and massive respect to Kostas and Alkisti from the Aegean Energy Agency for holding the vision right through to this fantastic achievement, a well deserved success!!!”

The journey of the Smart Islands Intiative starts with the 1st Smart Islands Forum, organized last June in Athens at the initiative of DAFNI (coordinator of the SMILEGOV project, which officially ended in 2015. In SMILEGOV ESIN formed a cluster of 15 small islands https://europeansmallislands.com/smilegov/.

The Forum built on this foundation, offering the opportunity to capitalize on the results of SMILEGOV and broaden at the same time the European family of islands. At the Forum more than 40 representatives of island local and regional authorities and actors from Croatia, Cyprus, Denmark, Finland, France, Germany, Greece, Italy, Malta, Spain, Sweden, the Netherlands and the UK as well as organisations such as ESIN, the European Commission, CPMR, EESC, INSULEUR, GEF and GIZ took stock of islands collaboration over the years and decided to launch the Smart Islands Initiative as a meaningful vehicle helping them embark on a smart, sustainable and inclusive development paradigm! To this end, they started drafting the Smart Islands Declaration and decided to have it endorsed by all Quadruple Helix actors back in their islands, namely public administrations, businesses, academic institutions and civil society actors!

A smart island is the insular territory that embarks on a climate resilient pathway, combining climate change mitigation and adaptation efforts, in order to create sustainable local economic development and a high quality of life for the local population by implementing smart and integrated solutions to the management of infrastructures, natural resources and the environment as a whole, supported by the use of ICT, all while promoting the use of innovative and socially inclusive governance and financing schemes.